Spinach Triangles or Spinach Fatayer are essential in every Arabic restaurant. Today, I will introduce you to homemade spinach fatayer. Homemade ones are rich in ingredients and more delicious than the ones you eat at a restaurant. 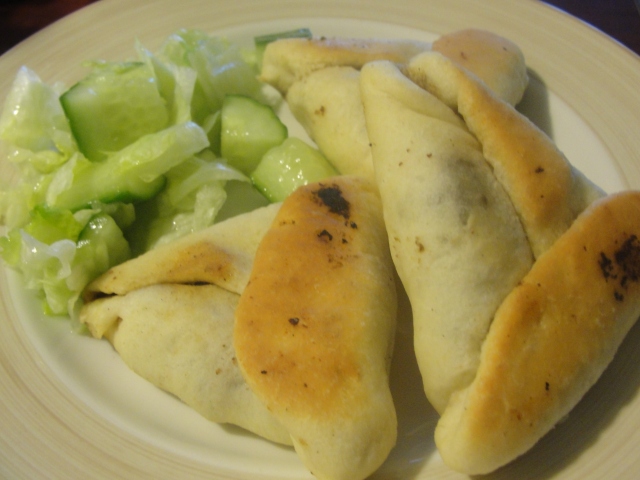 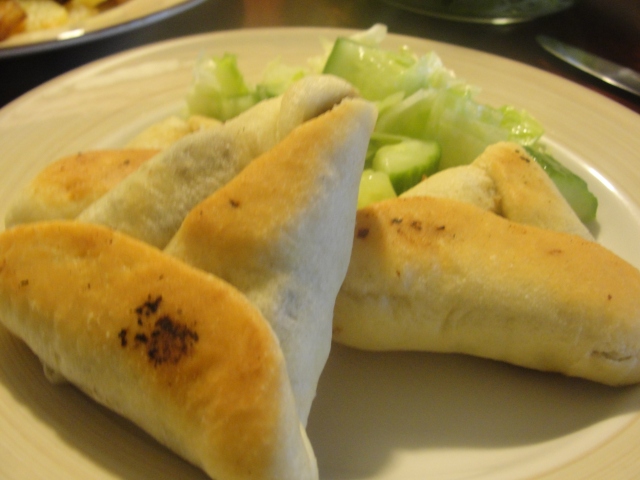 Ingredients for Dough (this will give you 6 pieces):

How to make the Dough:

Put the flour in a bowl.

Add the oil and salt to the flour.

Add the yeast and slowly pour the water while kneading until it forms a sticky dough.

Sit the dough on the side so it can rise, covering the bowl with a clean kitchen towel. The dough must get to 80F. Keep covered for 45 to 60 minutes.

Ingredients for the Spinach:

Half Diced Onion
One Teaspoon of Pomegranate Molasses

Half Cup of Crushed Walnuts.

How to Prepare the Spinach:

Cut the Spinach into small pieces.

Add the olive oil, salt, pepper, sumac, onion, pomegranate molasses, and the walnuts to the spinach. Mix all the ingredients. 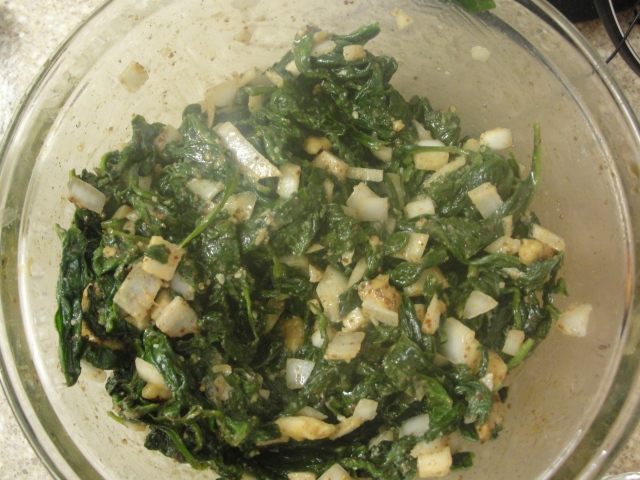 Now, we start to prepare the Fatayer (Triangles).

Take a small piece of the dough. Use a rolling pin to flatten the dough (put some flour on the rolling pin and surface so the dough does not stick) in a circular shape – about two inches in circumference.

Take one tablespoon of the Spinach mixture and place in the middle of the dough.

Wrap the dough around the Spinach mixture in a “triangle shape.” 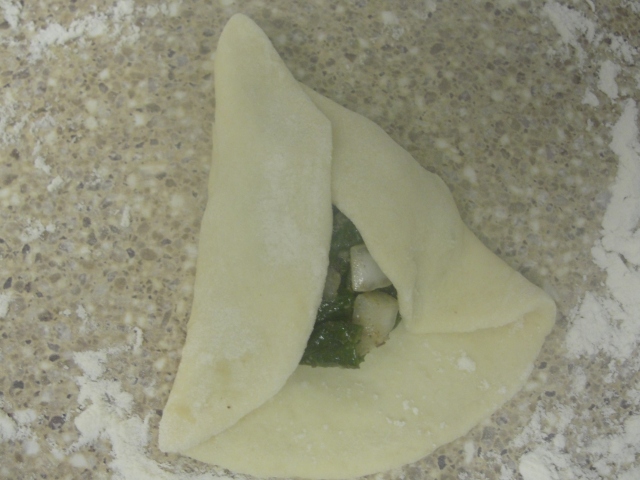 Repeat this until all of the materials are done.

Put some vegetable oil on a oven sheet. Spread it over the surface.

Place the triangles on an oven sheet.

Put it in the oven for 10 minutes and flip over for another 10 minutes. Once the triangles are red, turn off. 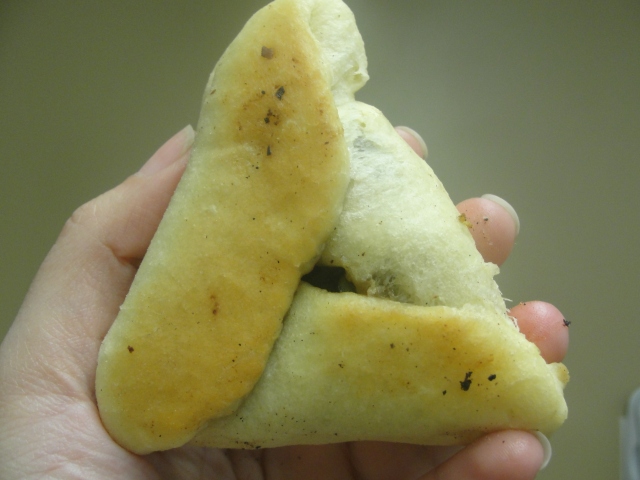